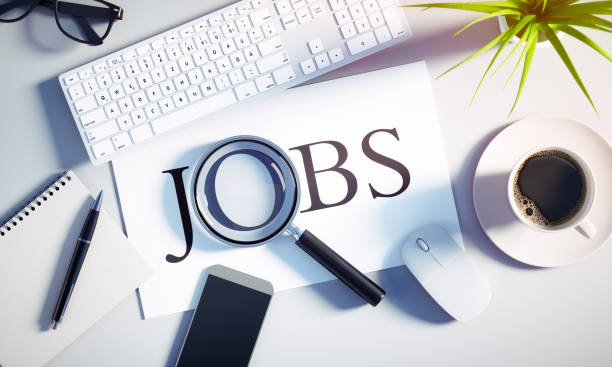 The postal and e-commerce world is still automating at a rapid pace, and that won’t change in the coming years. In the future, we won’t see any manual sorting of mail and packages, for example. Is that a bad thing? Won’t a lot of people lose their jobs? Saskia Nijs, an expert on the future of work and advisor on combining human potential and technology (robots and AI), doesn’t think so: ”Tasks will disappear, but jobs won’t.”

Nijs characterizes herself as Chief Human & Ethical Officer and, finds that unique, typically human skills should be better utilized: ”Robots taking away my job? Yes, please, because I think I have other added values!” In this interview, she explains exactly what she means by that and what this could mean for the future of work.

The main thing is that a lot will change in the way work is done in general, but certainly in sorting and distribution centers. Exactly what those changes will look like is hard to predict. ,,We shall have to experiment a lot, but there will still be enough work for everyone. Although this may be different work than what we are doing now,” Nijs says reassuringly. That’s not to say that it will be easy to change; there are a few imperative conditions that companies must meet in order to successfully implement (further) automation without damaging the people on the shop floor in the process.

What do you want to achieve?

Nijs: ,,IT and HR must work together very closely. If you want to digitize or automate, you have to have a vision of what you want to achieve with your people. What do you want them to do? And what do you want to achieve with automation in the first place? How do you combine people and technology in such a way that both are deployed optimally?’’ At the beginning of this century, Nijs worked as Head of Communications at Microsoft, where ‘the new way of working’ was emerging. That revolved around where you worked (in the office, at home, or elsewhere), what you worked with (which technologies), and the question of how to make better use of human potential. After her time at the American tech company, she started working on a PhD at VU University in 2014 on the future of work in relation to technology. ,,What I often see in my studies is that companies still focus too often on technology and its development and implementation. Don’t ‘just’ start automating because it is possible to do so, because it’s easy and because it saves on people. If there are so many tasks that technology can take over just fine, then you need to think about what you want your people to do. That can really work out very well, by the way, because nine times out of ten the tasks that ‘remain’ after automation are much more fun for people to do. The so-called 21st century skills are central to this: ”creativity, making connections, coming up with solutions, that’s how you’re put together as a human being”. For instance in Silicon Valley, many companies already have a Chief Human & Technology Officer who connects tech and people.”
”If you do it smart, combining people and technology, it gives us a unique opportunity to give our human competencies more time, attention and space.”

She gives an example of a company that has introduced technology and at the same time has thought about the changes that would bring about for its employees. When Jumbo Supermarkets introduced self-checkout, they assigned some checkouts with a cashier as a place to have a chat about your day. ,,I think these ‘chat checkouts’ are really great, because they thought: we have a role in the neighborhood, in society really, to give people who may not get out that often a nice day. So they made a combination of the self-scan and the chat checkout. It is very important to experiment well and, if you introduce technology, to include human values straight away.’’ Although Nijs does not see jobs disappearing in the future so much, she does see that a lot will change and that this will bring with it a sense of insecurity. That’s why the close collaboration between IT and HR is so important, she says. ,,I would like every company to say, ‘I’m going to deploy technology, what does that mean?’ Not in numbers of people we need fewer of, but: what training is needed to enable them to change, or maybe you need other competencies, or maybe you need them to work fewer hours, because your productivity is sky-high anyway. Even if you start with just a small piece in your organization. You see in all the studies that it results in even more growth.”

According to Nijs, technology can make work more fun and more efficient, but if you use it right, automation can also enable us to work fewer hours. ,,As early as the 18th century, philosophers were talking about how we as humans should work a maximum of 4 hours a day. With the advent of technology, we’ve only started making more hours. Email for example: we don’t use it in ways it benefits us. I often hear people say they’ve had a successful day because they’ve emptied their inbox. That doesn’t say anything about the usefulness of all those emails. Yes, you got rid of stress, but is that really where your value to the company lies?”
When change is needed, people look primarily at what they are in danger of losing. ”That’s the way we are, of course. As long as we’ve always done things a certain way and don’t know what’s coming, we’re going to move very little.” While there is often a lot to gain: ,,With the introduction of the new way of working, for example, coffee shops suddenly arose and barista became quite a good job, about which people are generally positive. A change in the way of working – in a location other than an office – but still wanting to get away from it all, made this development possible.”
Especially for people who now do so-called low-skilled work, such as sorting mail or parcels, changes could be positive. Work is for the most part adding meaning to your life, which is why I think people will always continue to work. Of course it’s about financial burdens, but for the last 15 years, 70 percent of people say they would do something else if they kept their securities.”

50,000 technicians
”What’s very much needed right now is manual labor and craftsmanship. Although I don’t think that the people who are currently sorting parcels can automatically take on all the jobs that will be created through automation, there are very different areas where people are desperately needed, which is why there are also many retraining programs. Just look at the energy transition: we could easily use 50,000 extra technicians for that, but they are nowhere to be found at the moment. We used to automate physical tasks in the past, but now it’s all about our brains. The painters and masons, we can’t just automate their craftsmanship.”
If you ask the right questions, as Jumbo has done – how do we see the relationship between self-service checkouts and our customers and staff, how do we implement that – then the fear of employees of losing their jobs is not there at all. Because you also hear everywhere that it’s squeaking and creaking because people have too much work. There are plenty of ways to do things in a way that makes everyone happy, but you really have to ask the right questions.’’

EXAMPLE I: With the advent of surgical robots, the relationships in the operating room are changing. In operations where machines now do the precision work, the anesthesiologist – after the patient – is no longer the surgeon, but the most important person in the OR. ,,Previously, the surgeon determined what was happening at that moment, but it’s the anesthesiologist who has the human contact, who checks whether things are going well,” explains Saskia Nijs.

EXAMPLE II: At the airport today, travelers can do most things themselves: checking in and labeling your luggage, for example. ,,Yet you still see ground staff at Schiphol, among others KLM personnel. But they’re no longer behind a desk all day,” says Saskia Nijs. ,,KLM wants to give off a positive image: that you feel welcome and safe. The ground staff now walk around, talk to you, see how you are doing and help where necessary. They are in contact with you. For them, that’s a lot more fun than sitting behind a desk and punching in yet another ticket.’’

‘Think before you call people back to the office’

Going back to the office has been a big social issue since the release of corona restrictions. Saskia Nijs is an expert on the future of work and a consultant in combining human potential and technology (robots and AI). She doubts in many cases the usefulness of employers’ desire for their employees to return to the office, even if it is for a few days a week. ,,For me, the biggest gain of the corona crisis was that we were forced to design work differently. There always used to be a lot of distrust of employees who wanted to work from home, because would they do their job? Miraculously, it turned out that people could handle that responsibility just fine and really did do their jobs. So the motto ‘we’re going back to the office’, I worries me.”
Find out what is needed Nijs’ main concern is that companies don’t think things through before they ask or, in some cases, force their staff to exchange the home office for a workplace in the company building. ,,Be smart about it. Don’t just do it, but look at what’s needed. Not every team, not every job requires physical presence in the workplace.”
The underlying question is usually not discussed, according to Nijs. ,,Companies say ‘they can/should come back to the office two days a week’, but that’s not the point of discussion at all. What is the relationship between your office, your technology and the home environment? That, I believe, is what you need to think about. Maybe if you’re an advertising agency, you want your people in the office 100 percent of the time and if you’re a call center, zero percent.”

On top of this, one of the arguments for coming back to the office all together is the social element: the added value of personal contact. ,,I struggle with this myself. When I go to the office, I should be able to have all sorts of spontaneous encounters all day long, and by default so should others. But everyone is sitting in all kinds of cubicles doing calls all day.  So you have to think why – because I do believe people want to go to the office and be together – but if you don’t have time to actually be together, there’s no point. I cycle to the office in the morning and home again at the end of the day and I try to recall: who have I really spoken to?’’ 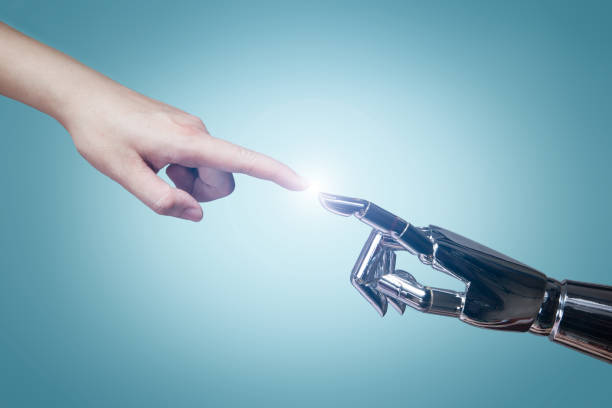